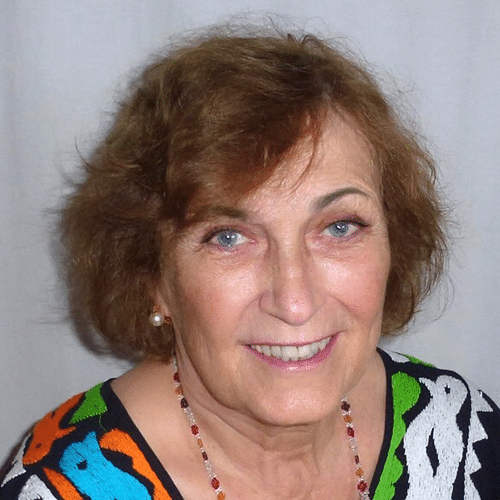 Sandra Hurlong, PhD is President of the Intercultural Open University Foundation where she also serves as a Professor of Cultural Anthropology.  Dr. Hurlong is working with Hextlearn’s Peer Review Methodology Project supported by the European Commission, a program that aims at enhancing the reform process of Europe’s higher education institutions by creating, testing, and launching elearning assessment methods.

Dr. Hurlong was the Assistant Dean and Professor at the Union Institute and University, a pioneering university in innovation in higher education. In addition, she served as the Department Chairperson of the Behavioral Science Program at Wilmington University.  She is a member of the American Anthropological Association, the University Museum of the University of Pennsylvania, and the International Association of International Educators.

Dr. Hurlong has received numerous awards including recognition by the Department of Agriculture of the State of Mexico for her outstanding work with women’s agricultural cooperatives.  She has been recognized by the Senate of Puerto Rico in appreciation for the experiences of cultural learning and cultural exchange offered by seminars she established in San Juan on Puerto Rican Culture.  Dr. Hurlong is a recipient of a grant from the Ford Foundation for Anthropological Field Training.  She continues to work with the Instituto Cultural Oaxaca in Mexico on projects of intercultural communication.

She earned her B.S. and M.A. in Anthropology from the University of Pennsylvania and her PhD from the Union Institute.  She currently divides her time between Oaxaca, Mexico, Granada, Spain, and Arden, Delaware.

Black Crows in the Morning: A Journey to the Shaman’s World

My ideas about teaching and learning are rooted in both my experience in non-traditional learning and formal academic training, and in my belief that learning, like life, is an experiment, both mystical/magical and tragic.  I also believe that cultural diversity is essential to human survival and that consciousness of diversity is critical to learning.

During the past several years, my professional activities have been divided between fostering cross-cultural communication and promoting the importance of traditional healing.  I have served on a number of boards including the Delaware Humanities Forum and Partners for the Americas.  I have given presentations and chaired sessions in a wide range of professional contexts.  I have also conducted numerous workshops on dream interpretation, Native American spirituality, and psychology and spirituality. In January of 2007, I participated in a global conference in India on Science, Spirituality, and Intercultural Insights.

Consciousness and Healing
2003–Buck, Stephanie M., Essays in analytical psychology: A phenomenological study of the archetypal nature of the psychotherapeutic frame, with a special focus on contributions of archetypal field theory
2002–Caplan, Mariana, Do you need a guru? Understanding the student-teacher relationship in an era of false prophets
2001–Brooks, Patricia Anne, The use of clinical hypnosis to accelerate the appearance of soft tissue wound resolution and patient recovery in post-surgical patients
2000–Cane, Patricia Mathes, Trauma healing and transformation: Body-mind-spirit practices for grassroots people
1999–DeWees, Suzanne Mary, Palliative massage: Healing into dying, and, Lived experience: A contextual essay